The commonest disease that is caused by damaged esophageal sphincter or when lower esophageal sphincter (LES) does not work properly is Gastroesophageal Reflux Disease or is called GERD. It is a disease when stomach contents wash up into the esophagus repeatedly and irritates the lining of the esophagus. LES supposedly acts like a one way valve which allows food to pass through into the stomach then closes immediately to prevent regurgitating stomach juices. Stomach content is higher in pH which makes it acidic and irritate and inflame the esophagus.

Another reason is due to hiatal hernia where the stomach is pushed up into the chest above the diaphragm which functions to separate the abdomen from chest. Patients with this kind of condition need to repair or heal esophageal sphincter to prevent the development of Barrett’s esophagus where there is change in the type of cells in the lining of the lower esophagus. This condition can be lethal because it will increase the risk of developing cancer of the esophagus. If you have prolonged cough, you need to seek treatment because coughing could cause hernia.

Mild cases can be treated successfully by lifestyle changes and modification of their diet. You need to quit smoking if you have done it before. Losing weight, eliminating alcohol and altering sleeping patterns can also help to heal esophageal sphincter. Change in eating habits also can relieve the symptoms and allow the body to heal itself by eating smaller portions at meals, staying upright for a few hours after meal and most importantly avoiding certain foods that can trigger the symptoms. The foods include citrus fruits, caffeine or coffee, carbonated drinks, fried and fatty foods, chocolate, soy and tomato.

Soy contains isoflavones which can mimic estrogen and wakens the low esophageal sphincter muscles. Other than soy, isoflavones are also present in bread, coffee mate non dairy creamer, infant formula, peanut butter and salad dressing. You need to carefully read the components around the packages. Tomato plants and tomato items also are extremely acidic, the same as citrus fruit. You need to avoid those foods. Refined sugar and pastries is definitely dangerous towards the body because high glycemic index and high sugar can cause lots of damage.

Some people will have persistent symptoms that cannot be only relieved with these lifestyle changes, hence, they need to top up with drug therapy. You can get over the counter medication such as antacid which can neutralize stomach acids. Some prescription drugs may reduce the amount of acid produced by the stomach such as histamine H2 receptor antagonist or known as H2 blockers and proton pump inhibitors. You need to consult with the professionals before taking these kinds of drugs.

Medication can only control the symptoms and some patients need to be dependent on the drugs. Hence these kinds of patients or who do not respond well to the medication may consider surgical procedure since sur he ry is a very effective way to repair the damaged esophageal sphincter but patients also need to bear other risk of complications. Your doctor needs to balance between the benefit and the risk of this procedure. The goal is to put the GERD symptoms under adequate control to lessen the risk for further damage to the esophagus, throat or teeth that can lead to esophagus cancer.

The most commonly performed operation to repair LES is called fundoplication which will fix your hiatal hernia if it is present and the surgeon will wrap the top part of your stomach called fundus, around the end of the esophagus to reinforce the LES. This procedure will recreate the one way valve, hence, preventing acid reflux to happen again. This procedure can be done using a single long incision on the upper abdomen or via minimal invasive technique using several small incisions called laparoscopic surgery.

Why You Should Try Going on a Keto Diet

6 Signs That It’s Time to See A Neurologist

How Can CBD Products Improve and Protect Your Health?

Tips to Grow and Maintain the Perfect 5 O’clock Shadow

What Do Good Plastic Surgeons Chicago Clinics Have in Common

Why You Should Venture Into Cannabis Business Today

The journey to find the best baby formula

What can you do to strengthen your esophageal sphincter 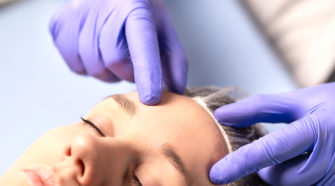 What Do Good Plastic Surgeons Chicago Clinics Have in Common